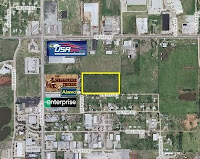 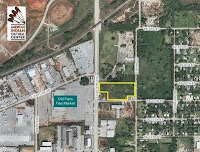 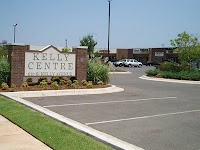 W & W Steel, Co. has leased a property located at the northeast corner of Reno and Indiana consisting of 0.84 acres from Linda Hill. This property will be utilized as utility vehicle storage. Brad Baker with NAI Sullivan Group handled the transaction.
Posted by NAI Sullivan Group
Email ThisBlogThis!Share to TwitterShare to FacebookShare to Pinterest

Farmers Insurance has leased a property located at 2525 Northwest Expressway, Suite 406 consisting of 1,714 square feet from R. Gupta, Sole Proprietor. This office will be utilized as an insurance office. David Hartnack with NAI Sullivan Group handled the transaction.
Posted by NAI Sullivan Group
Email ThisBlogThis!Share to TwitterShare to FacebookShare to Pinterest

Troy Brown d.b.a. Team Extreme, L.L.C. has leased a property located at 2903 Northwest 36th Street, Suite 108 consisting of 1,250 square feet from B.D. Eddie Enterprises, L.L.C. This business is World Ventures and will be utilized as a travel agency. Monica Turner with NAI Sullivan Group handled the transaction.
Posted by NAI Sullivan Group
Email ThisBlogThis!Share to TwitterShare to FacebookShare to Pinterest 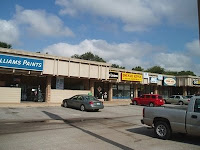 Posted by NAI Sullivan Group
Email ThisBlogThis!Share to TwitterShare to FacebookShare to Pinterest 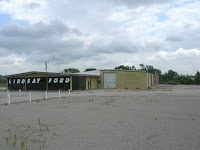 LSG Property Investments, L.L.C. has purchased a property located at 12140 Southridge in Noble consisting of 29.95 acres from Glen and Carol Mallory for $490,000. The land will continued to be used as a mobile home park. Darryl Meason with NAI Sullivan Group and Max Green with Century 21 Goodyear Green handled the transaction. Closing was held at American Guaranty Title by Barbara Chatman.
Posted by NAI Sullivan Group
Email ThisBlogThis!Share to TwitterShare to FacebookShare to Pinterest

Dandy Duster Sweeping Co. has leased a property located at 11621 North Santa Fe, Suite A-5 consisting of 1,250 square feet from Agronaut Business Park. This facility will be utilized as storage for sweepers. Sean O’Grady with NAI Sullivan Group and Chris Berryman with LaGree and Associates handled the transaction.
Posted by NAI Sullivan Group
Email ThisBlogThis!Share to TwitterShare to FacebookShare to Pinterest

CAUTION AHEAD IN OFFICE MARKET

Rising confidence continues to spur the office market but we see caution ahead as average asking office leasing rates continue to rise, new construction comes on line, and vacancy rates increase. With Chesapeake Energy increasing their office holdings by $40 million with the purchase of over 500,000 SF over the last three years, this could be considered a “false” strength of our office market.
However, this could be overcome by…..

 NBA ownership relocating to OKC will bring a need for more office space in the CBD.

 The demand for class A space will be driven by the energy, finance, and medical sectors.

To view the full report visit:
http://www.naisullivangroup.com/marketreports/OfficeMarketReport-MidYear2008.pdf?MarketID=21
Posted by NAI Sullivan Group
Email ThisBlogThis!Share to TwitterShare to FacebookShare to Pinterest

With Oklahoma typically known as a flat state, America's "highest peak” might now be Oklahoma City's economy. These past 25 years seem to have been a rebirth for Oklahoma City
and now we are all at full fruition.

Oklahoma City's economy has come along way since the mid-'80s. Remember that time? Sure oil was hovering around $25 a barrel compared with today's $130-plus. Yes, it was a period when the American dollar was actually stronger than the Canadian dollar. But it was also a low point in Oklahoma's economic development history.

Then, in the early 1990s, it seemed as though we started to take some pride in ourselves again. We began to reach back to our roots, to when our ancestors took this state's population from zero to 10,000 in a single day. We yearned for that same type of rejuvenation.

With the help of the MAPS and MAPS for Kids initiatives, we began to prove our desire for a better economy overall. The retail sector began to see its growth in the Memorial corridor in 1998 and the city's 621 square miles now hosts 200 shopping centers consisting of 20,000 square feet or more.

Oklahoma City seems to be avoiding this so-called recession the rest of the country is experiencing.

I recently made my annual pilgrimage in Las Vegas for the International Council of Shopping Centers convention. Included in the 40,000 people at the convention were real estate brokers, developers and retailers, all from major cities and there was a current overall theme: The current American economic slowdown will soon end. But, with the momentum Oklahoma City has been experiencing, we should be able to weather this slowdown and continue on our renaissance. This is possible because of our strong economic base, particularly in oil and gas, and our affordable office and industrial space and plentiful and inexpensive land (at least as it relates to costs for such space in other parts of the country).

The coming 12 months will see a boom in office building construction and the next area to experience growth will be industrial.

With Forbes Magazine labeling Oklahoma City the N. 1 "recession-proof city,” we will attract new companies bringing more jobs looking for strong markets. The announcement of the
Sonics playing the next season in Oklahoma City assures our city's continued growth.

I hear many requests for retail downtown and especially a grocery store. Retailers looking at any particular area seek a population of 50,000 people or more in a 3-mile area to support their retail store. Downtown can not support this, yet. Even though there is no foreseeable date for more downtown retail or a grocery store, we certainly are headed in the right direction.